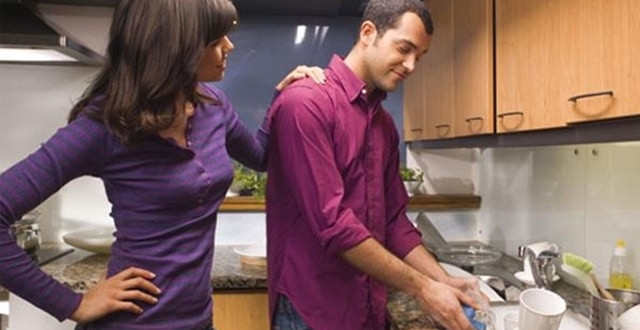 Are people more qualified to lead, or do certain tasks based on physiology? Jay and Alison Babble on. 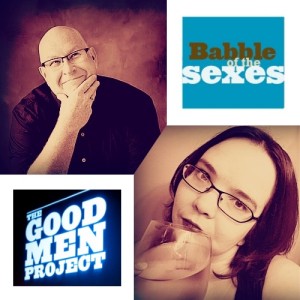 My time in the online dating world exposed me to a variety of attitudes and perspectives I had never really encountered before. It was very educational. One of the attitudes I encountered was that the man should be the head of the household. This was a little bit surprising to me because I just hadn’t considered other people felt this way.

As a single mom, I found this problematic because the insinuation was that my home was “headless.” How awkward is it to be gently told that despite all indications otherwise, your home is without competent management because of the presence of uterus and boobs? Given we have operated quite successfully this way for a number of years, I saw this interpretation of our circumstances to be somewhat offensive. Okay, I found it really offensive. Scratch that. I was pretty pissed off.

The thing is, I’ve never used my vagina in making a decision about the future of our family so I wasn’t sure how having a penis would make someone better equipped to do so. How does having a penis improve decision-making skills? I don’t really understand attributing responsibility and veto power based on genitalia. I believe in assigning tasks based on skill set, not biology.

I tried to express my concerns to a would-be suitor and the response I received was “So you think women should be in charge?” My point was missed entirely. I don’t think anyone should have to be the boss. Relationships can be a partnership. I am pretty good at some stuff and pretty terrible at other things. The same is likely true of many couples.

I’m not a whiz at things considered to be “pink jobs.” I am not your cupcake-frosting, cookie-baking, needle-threading, darn-your-socks chick. I can manage a budget with efficiency and I effectively source people who can do the things I don’t do well.

Assigning responsibilities based on gender roles doesn’t leave room for a person’s experiences, talents and interests. I might be able to frost a cupcake if I really, really tried, but I would rather stab myself in the eye with a fork. It’s not fair to anyone, especially since I would probably have to wash the fork after because I’m the girl. Assigning responsibilities based on binary also doesn’t leave room for gender to exist on a spectrum either .

Maybe this is a pattern that works for some couples, and I applaud them for doing what works for them. I have been independent and responsible too long to be told that I shouldn’t be in charge of anything because I’m “just a girl.” This is sexism to me and it’s nothing I want around my kid.

Some people like follow the leader and that’s fine, I just don’t want to play. I’m glad after a long search I found someone who was more interested in a partnership than games.

What? People aren’t more qualified to lead, or to do certain tasks based on physiology? That’s crazy talk! Okay, I got my sarcasm out my system.

I couldn’t agree with you more, Alison. Somehow I was lucky enough to have parents that had time traveled from the future. Given when they were born they had very progressive thoughts about gender roles.

My dad was a man of few words. He didn’t give lots of advice by talking, but taught more by example. In fact, I really only remember him explicitly giving me advice once in my life.

One day he told me, “There isn’t such a thing as men’s work or women’s work. There is work. You decide who is qualified to do what and divide it up. Then you get the work done.”

While I might see my dad fixing the furnace or building a fence, I was just as likely to see him scrubbing the floors, cleaning the toilet, grocery shopping, or cooking.

My mother on the other hand, was more than happy to give advice. Among the many things I remember her saying is that no son of hers was going to leave home not knowing how to clean, do laundry, cook and sew.

When I asked her why, she said, “First, you may not always have a girlfriend or wife. And, even if you do, they may not want to do those things for you. You need to be able to do your part.”

The only downside to the application of her advice was that I spent my first few months of college teaching a lot of guys in the dorm how to do laundry!

My parents were all about partnership. One of them didn’t lead the other. They led together. They communicated about skills, talents and desires then got the work done.

That’s not to say they didn’t lead one another in certain areas. If one had expertise OR accepted the responsibility for an area, they often took the lead. You weren’t likely to see Mom being the leader of fixing the furnace. If she was responsible for a project my dad had input, but he respected her decisions.

Frankly, I think you had a right to be pissed, Alison. I just wouldn’t waste the energy. You did exactly the right thing for you. You found a partner, and that was energy well spent.

Your parents sound pretty cool, Jay. My partner is definitely worth the investment of time spent sifting through other situations that wouldn’t fit given my ideals. He doesn’t mind if I can’t frost cupcakes, because I’m sweet enough all on my own.