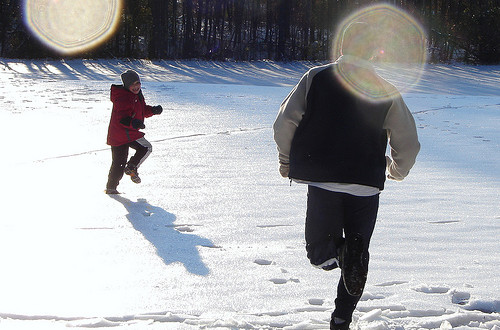 I said in my last post that I was going to discuss some of the dynamics that happend during a recent debate on Facebook as well as some thoughts on how our culture is responding to the issue of rape. After some more interactions I’ve decided to focus more on the latter part and work the dynamics in as I discuss that topic. Today, however, I will focus on a specific thing that happened during the discussion. It is a dynamic that I see play out with people over and over. And in this case I was the one that didn’t recognize it and continued in it despite all of the signals that I shouldn’t. Therapists aren’t immune to the same challenge everyone faces – knowing what we should do doesn’t mean we’ll do it!

For a quick recap, I had posted an article that I thought made some interesting points. There were some comments that said (my interpretation) the article was a non-starter for discussion and that the author wasn’t credible. I reacted to the label applied to the author and I’ll talk more about that in a future post. The bigger part of my reaction was that people who I know, respect and consider intelligent were so dismissive of considering concepts that I saw as important and worthwhile.

I asked them about their recation. They were very clear that they weren’t interested in discussing it. Here is where I made my mistake. It is the same mistake that people often make with partners, friends, co-workers and others. It happens at every level. I was still so surprised by the reaction that I thought it could only be because they didn’t have enough information or the right information or the right perspective. If I just pointed out why this was important, they would surely be open to discussing it.

No matter what I said, their responses made it clear that they weren’t open to discussing it. In fact, they started telling me why I was wrong to want to discuss it. The cycle continued. The more their responses conflicted with both what I believed about the topic and the individuals, I became more convinced that more information was needed. Let’s just say it didn’t go well!

I can’t tell you how many times I’ve had this conversation with people in my office. When it is clear someone isn’t willing to engage, chasing them down and trying to force them to almost never works. It typically causes them to become entrenched in their position or disconnect entirely. Trying to press the issue feels like the right decision. It is unimaginable that if the person cares about you (or the topic) that they wouldn’t want to engage in meaningful conversation. Their reaction feels completely inconsistent with who you think the person is. If you can just get the right information in front of them, they’ll realize why they want to discuss it. But they don’t.

Instead, when you see these signs, the best option is to back off. Depending on the nature of your relationship there are a variety of potential outcomes. It may be that having the discussion with the particular people doesn’t really matter so much. For situations like mine, I will just accept that it isn’t going to happen and the people aren’t significant enough in my life that it matters. When it happens with significant people you have some decisions to make. You may find a way to discuss the dynamic away from the issue and shift it. You may decide particular issues aren’t actuall so important. Or, you may decide that you need to change the nature of your relationship with that person. While working through those situations can be difficult, they will be more productive than trying to force the discussion.

photo credit: you can’t get me via photopin (license)