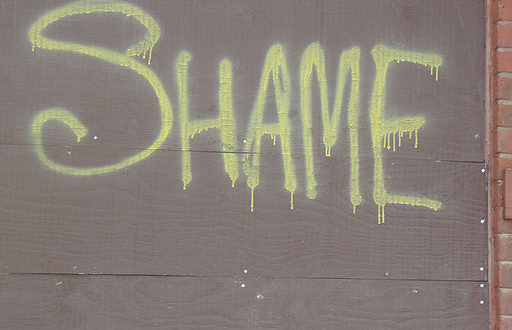 The columnist, a male for the record, responded with this –

We only know one thing for certain – the boyfriend doesn’t enjoy sex with the girlfriend. The columnist could have chosen to discuss the importance of having conversations about and respecting each other’s sexual desires and trying to find ways to meet each other’s sexual needs.

Instead, because the boyfriend doesn’t find sex with the girlfriend enjoyable, the columnist determined that the boyfriend is disrespectful, an obnoxious jerk, insulting, and belittling.

Think I’m overreacting? Let me ask you this. What if the roles had been reversed? What if a guy had written in and said my girlfriend doesn’t have sex with me as often as I like. When I asked her about it she told me that sex with me is boring.

I feel confident that the response to him wouldn’t have been that his girlfriend is disrespectful, an obnoxious jerk, insulting, and belittling. No, it would have been hey boyfriend, you need to learn how to please your woman. If you want her to have sex with you then you’d better learn how to make her want to have sex. And he would have been just another guy wanting sex all of the time. He might even be labeled as a sex addict.

I am convinced of that because we’ve heard that advice time and time again. Guys shouldn’t expect sex if they don’t do the work to please the woman. I challenge anyone to make a credible argument that this message isn’t part of our culture of sexual expectations.

Sexual Trance: This is a focus on physical sensation. Typically eyes are closed and there is little or no talking. It is a about pleasure of the self. You are each being very attentive of your own pleasure. It can be highly sensual and you may enter a trance like state but isn’t focused on emotional connections.

Role Playing (I prefer to call this Creative): This may or may not involve actual roleplaying, including dressing up but it does involve lots of creativity and new experiences. It may involve toys, books, lingerie, and other accessories. There is likely lots of talking and the talking is often “dirty” talk or descriptions of the scene being enacted.

Partner Engagement: This is about emotional connection. There is often talking and it is usually gentle and loving, or feedback about the sexual activities. Eyes are usually open with direct eye contact. It is typically playful and sensual. The lights on are on and there is a focus on mutual pleasure.

None of these styles is better than another. None of them are deemed bad or pathological. In fact, they are very natural. People may have a primary style but they can often utilize different styles at different times. Sometimes people even move through 2 or 3 in one session of sex.

Conflict can often arise when people have different styles. Imagine someone whose primary style is Role Playing having sex with someone who enjoys Sexual Trance. One wants lots of talking and creativity and interaction. The other wants quiet and darkness. That’s a recipe for a bad sexual experience.

If this letter had been directed to me I know what my answer would have been.

I have bad news. Sex with you may be boring – for him. Different people have different sexual styles and desires. They aren’t right or wrong. It sounds like yours don’t match. What really needs to happen is a discussion about what each of you is looking for and compromise. That’s right, change by BOTH of you to work to meet each other’s sexual needs. If that common ground can’t be found it may be you aren’t a good match. But without doing the real work, you won’t know.