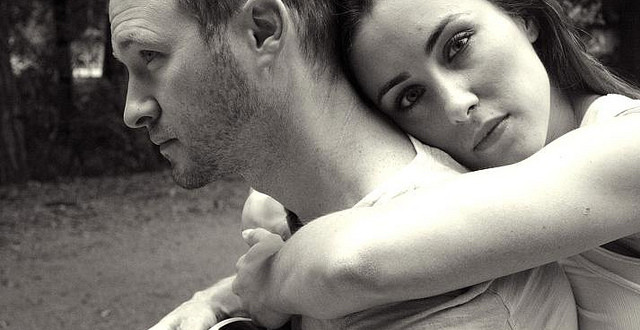 I can’t tell you how many times I’ve heard women say it. I heard it again the other day in my office from a client. I’ve heard it from friends. It doesn’t matter how smart, how fun, how caring, how successful, or how attractive women are. They believe it…”I am unlovable.”

These women that have so much going for them. And yet they believe that no one wants to be with them.

From one perspective it is difficult to understand how they can come to this conclusion. How they can not see all that they have to offer to a partner? However, as I listen to their stories I begin to see why they believe it. It is because men have told them they are. Over and over and over again.

I’m sure most men will claim that they’ve never said a woman was unlovable. And that’s probably true…at least with those exact words.

But what about in other words? How many of you have ever claimed a woman was over-emotional, over-reacting, too demanding, high maintenance, clingy, crazy, controlling, or irrational? Maybe you’ve told a woman that no one could live up to her expectations.

If these comments aren’t enough, men back them up with some tired tropes about relationships. I hear them in therapy all too often. A good relationship shouldn’t take so much work. I don’t want to have to talk about everything. There shouldn’t be so many ups and downs…why can’t we just be happy? She just wants to complain, while I want to fix the situation for her. I spend time watching TV or playing video games in the room with her, how much more of my time does she want?

Instead of saying, “I don’t want the same things in a relationship that you do,” too often men feel the need to tell women that what they want is wrong or bad. Giving that framing, how can women hear anything other than, “you are unlovable?”

What gets overlooked is the fact that we can spin the male perspective in the same way men often spin what women are asking for. I don’t want to do the work it takes to be in a relationship with someone as smart, strong and in touch with their emotions as you are. I don’t want to have to be on my toes or be challenged to keep up with you. I want to take the easy way out. I don’t want to have to make myself vulnerable enough to connect emotionally or to be present with you.

Those are exactly what those criticisms of women are really about. It isn’t that the women are bad, or over the top. It is that many men don’t want to do the work it takes to be with a strong, smart, independent woman. And to feel good about themselves, they frame their partner as the one that is not normal. It is how they justify their unwillingness to work harder.

The difficult part is that they often get away with it. This has been going on for so long that many women buy into it to. They hold themselves back, they don’t show their intelligence or personality because they have been taught that men won’t like it. Men use the fact that some women do that as evidence that other women are asking for too much. It is a damaging cycle.

Unfortunately it gets worse. Despite the fact that in the end many men don’t want to do the work it takes to be with them, men are often wildly attracted to smart, strong, intelligent, passionate, authentic women. Men see the positive energy, fire and authenticity and want to be a part of it. They will virtually orbit those women just to be around them.

When those men come to realize that this type of woman takes more than they are able or willing to give, it seldom ends well. The attraction is still there, but men don’t want to accept that it is their lack of effort that is the issue. They’d rather criticize the woman for having the very traits that made her attractive in the first place.

Some men simply fade away, leaving the woman to believe she was undesirable. Other men revert to those same claims about how it is the woman’s fault. They tell women that they want too much and are being unreasonable.

Then there are the men rushing for a monogamous relationship. If the woman says no, he can resort to the claims of how she’ll never find a man. If she says yes, it not only helps eliminate competition, it also adds claims of obligation and commitment to their arsenal to defend not putting effort into the relationship..

However it plays out, the cycle is perpetuated. Women that aren’t afraid to show that they have intelligence, passion and more are given the message they are unlovable.

It doesn’t have to be this way.

Even if you don’t want to invest the effort it takes, own your choice. Don’t pin the fact that you won’t work for what you are attracted to on her. Instead of telling her she is somehow flawed or less than, respectfully admit that you aren’t interested in investing in a relationship with her. Don’t protect your own ego by crushing hers.

After all, what kind of man do you want to be?