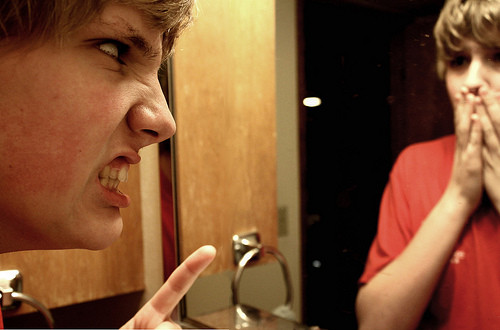 A few weeks ago I wrote that when your partner has emotions that you don’t like it isn’t an attack on you. They are allowed to have those emotions even if you don’t like them. Today I’m going to talk about a variation of that. When one person does attack the other and defends it by saying, “Am I not allowed to have my emotions?”

This happens all too frequently and it feels hard to defend against because everyone should be allowed to have their emotions. But in this instance, the person isn’t expressing emotions. They are attacking.

Here’s an example. A person comes home and their partner starts grilling them about where they have been, maybe even accusing them of lying about it. The person says, “It hurts when you act like you don’t trust me.” In response, the partner reacts by saying, “what? I’m not allowed to have my emotions?” They use that as an excuse to continue their behavior.

The problem is that this isn’t about the emotions. They are having emotions but the aren’t expressing them. What they are doing is acting on them in an aggressive and hurtful way. They are allowed have their emotions but it doesn’t mean that behavior is okay. Expressing your emotions isn’t about the other person. It is about you. In this case the partner could have said, “when you are gone longer than I expect I get fearful that you may leave me. It scares me.”

Of course doing that means being very vulnerable. It can feel risky and dangerous. But as regular readers of my blog know, vulnerability is the path to connection. Having an attacking response drives disconnection. It doesn’t make your partner want to move closer and connect. It makes them fearful and wanting to pull away.

On the other hand, vulnerability invites your partner to connect, to want to respond to your feelings. While they don’t have a responsibility to manage your emotions, in a connected relationship partners want to be aware of the others emotions and work to respond to them when appropriate. That creates a sense of safety in the relationship.

So don’t use emotions as an excuse to act badly. It may feel safer in the moment but it create what you really desire in a relationship. You want to be chosen for who you are, emotions and all. You don’t want your partner to be with you or try to please you out of fear.

And if you are on the receiving end of the, “so I don’t get to have my emotions?” defense, make sure that is what is really happening. If the person is truly expressing their own emotions, they get to do that. But if they are really acting in a hurtful way and trying to defend it as having emotions, don’t accept that. Let them know they get to have their emotions but they don’t get to act hurtfully.

Emotions are important and create what we so desire in relationships. However, weaponizing them as either defensive or offensive weapons isn’t going to get the outcome you seek. Know the difference between expressing your emotions and acting on them.