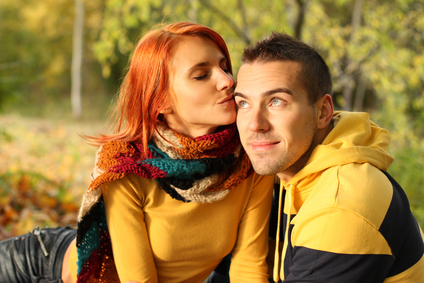 Jason Levoy recently wrote the article 5 Reasons Online Dating Has Ruined Finding Love. While he makes a few good points about the state of dating today, his arguments that online dating has ruined our chances of having happy relationships is less than compelling.

Levoy starts with the premise that the TV show Sex in the City “ruined how people date.” He says it has “created this false sense of expectations and a sense of entitlement that isn’t realistic in real life.” So his opening premise about dating being ruined actually has nothing to do with online dating. It is Hollywood’s fault.

He reiterates that point when he says, “Television and movies have brainwashed us to want and expect one thing. But, when we go out on an actual date, we are disappointed because we don’t get the same emotional sensation that we get when we watch a movie. That’s why it’s a movie; it’s made up for dramatic effect!” He doesn’t elaborate on what that “one thing” is.

Again, I’m unclear how this relates to online dating but even so, I disagree with Levoy. I don’t believe Hollywood has sold us a bill of goods. What I believe is happening is that movies aren’t all dramatic effect. People feel real emotions at movies because it is safe. It is the same reason people who would never tear up with another person do so for movies and commercials about starving children or abused animals.

What is really going on is that many people don’t know how to be emotionally vulnerable. They don’t understand how connection happens by dropping your guard and exposing your authentic self. They can feel their emotions when it is safe but when it comes to connection with someone who matters they go into protection mode. It has nothing to do with unattainable expectations, unless you count wanting connection without vulnerability as one of them.

After explaining how Hollywood has ruined our chances of love, Levoy tells us his five reasons online dating has done the same thing. Let’s look at those.

1. Most people stink at selling themselves. In short, Levoy says that people are bad writers and can’t create profiles that make them stand out. That ends up putting too much emphasis on photos.

I agree that people don’t sell themselves well and that many people are bad writers. Where I disagree is that writing is the major issue here. I again believe it is vulnerability. The need to be liked by everyone and cast the widest net for potential suitors causes too many people to write generic profiles that don’t differentiate them from anyone else. They worry revealing their authentic self will scare people away so they don’t.

My personal frustration is reading so many profiles of people who are “living life” or “love cuddling in front of the fire” or “don’t want drama” yet those same people are not able to distinguish one from the other. The only thing left is to judge based on photos. A profile that stands out doesn’t require great writing. It requires honesty and authenticity.

2. Hollywood has inflated our expectations of what romance and intimacy is. Levoy made this argument in his opening paragraph. I still don’t understand what it has to do with online dating, yet I also believe having expectations is important. This country’s divorce rate isn’t a product of online dating. Frequent divorces happened long before online dating became mainstream.

Among other factors, I believe many relationships fail because people didn’t have high enough expectations for romance and intimacy. In their rush to find a “permanent” partner they settle for less than they should. They accept behaviors in a partner that don’t work in the long-term.

And, of course, vulnerability comes into play. Even if people have high expectations, a lack of skills and/or the desire to be vulnerable prevent us from achieving these expectations.  Not online dating.

Levoy also uses this point to comment on what he sees as problems with the way people date. This is one place I mostly agree with him and it leads into the next point.

3. Perfect is a click away. Here Levoy laments that people are too invested in trying to find “the One.” He feels that people want to know if someone is “The One” in the first 10 minutes otherwise the date is a failure.

I also believe that too many people enter each date to see if this person is “The One.” That is a recipe for failure. Dating is a process of elimination, not of finding the needle in the haystack. There are many potential dates in the world. The purpose of going on dates should be to decide if the date stays in the pool of potential partners, or not. If you don’t rule them out it leaves the potential to build a relationship.

The other benefit of this approach is that it makes no date a failure. You either rule them out, or keep them in the pool. Goal accomplished. Using the “is this the one?” strategy is a recipe for many, many failed dates.

4. Texting has replaced talking. I absolutely agree with Levoy on this one. Again, what I don’t understand is how this is the result of online dating.

Online dating creates a situation which makes it easy to avoid phone conversations. That doesn’t mean that our propensity to use texting is caused by online dating. That originates from something much larger in our society, namely the proliferation of cell phones and computers combined with, yes again, our fear of vulnerability. Sticking to texting, email and instant messaging gives us one more shield to hide behind. I just don’t see how it can be blamed on online dating.

5. Access to so many people is a bad thing. Levoy starts this section by explaining how bad things were before online dating. “Before online dating sites took off, it was hard to meet people if you weren’t in an academic environment, such as college. After school ends, other than the job, or a bar, where do people who are looking for love meet each other?”

He closes the section with, “There are too many choices, and we think someone better is next.” Apparently Levoy is willing to trade one problem for another and deems limited selection to be a superior problem.

I don’t agree. Our track record with relationships was not that good before online dating. As a therapist I regularly see people who feel they have to “settle” because their desire to find a partner coupled with limited ability to find potential partners causes them to decide a current partner is good enough. In reality they are compromising core values out of the fear of being alone.

Online dating gives people access to individuals they may never otherwise meet. It lets them see that they don’t need to choose a partner that is the least objectionable. Recognizing there are more options allows them to find a better match and hopefully, have greater relationship success.

Some people will always be so choosy that they effectively limit themselves from finding a partner. That situation existed long before online dating. Online dating didn’t create it. If anything, online dating has helped people who worked from a scarcity mindset see that there may be much more supply than they thought. That knowledge allows them to not make choices about potential partners from a place of fear.

Online dating has definitely changed the dating scene. It has brought new possibilities, greater access, and different tools. It has also required new strategies and brought new challenges. Even with those potential pitfalls it can hardly be blamed for ruining our chances of finding love.