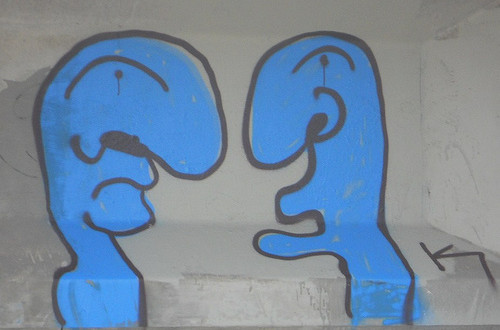 I recently re-posted an article on Facebook. The article (read in full here) was by a woman named Cathy Young and was discussing the difference between rape and bad behavior. She gave some examples from her own life. She said that those situations had been framed as rape by some people. She was questioning how we draw that line.

I thought it raised some good points. We clearly have a problem with males feeling entitled to sex in our culture. That problem goes well beyond the clear situation of someone physically forcing another person against their will. It is embedded in the structure of our society.

I thought the article raised issues worth discussing, not because I don’t believe rape is an incredible problem. Rather, I believe part of changing this dynamic is education and understanding. That requires having a dialogue about important and difficult topics.

A few people had strong reactions to the article. Apparently the author has written on related topics. She has been labeled by some as a “rape apologist.” I had not heard this term before but my understanding is that it implies the person has tried to justify or otherwise explain away rape.  True or not, I still felt that the article raised issue worthy of discussion.

Interactions with several of the commenters did not go well. I thought it would be useful to look at some examples and see what we can learn. I’ll write a few blog posts over the next couple of weeks. It is a chance to see what can happen when we talk about challenging topics. My hope is you’ll learn some things to avoid the next time

I’m also going to share more of my thoughts on the importance of discussing articles like this and what steps I believe we should be taking to change our culture. Some of the topics are going to be hard and require all of us to take a hard look at ourselves. I’m hoping it is something we are willing to do.

I expect that some of my comments and ideas will catch some heat. But that’s okay. These are difficult topics. We shouldn’t be afraid to talk about difficult things. It is how change happens. In our culture, relationships and personal lives.